Some Time Traveling With My Favorite Vintage Electrolux

I needed to clean the lint trap of my dryer today, and the first vacuum I laid eyes on happened to be the 88 1st version. I figured I'd bust out the original hose and attachments, purely for fun, and this naturally led to a little photo shoot.

Assuming this was 1961, and you owned the top-of-the-line Electrolux model for that year, this is what you would have had: 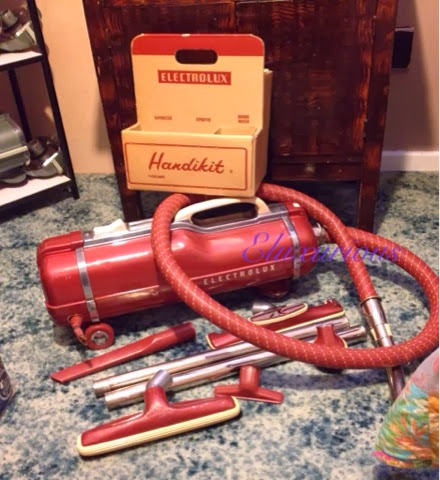 The ensemble shown would have included everything you needed for daily cleaning. The vaporizer and sprayer, while original to the machine, would not (presumably) have been used for everyday cleaning, so I didn't picture them here. One 'false' note...the original dusting brush for this model would have had a bare metal top, with a red bumper, but I don't happen to have one of those.

Fast forward a couple of years to 1963, and this would have been your top-of-the-line Electrolux cleaning ensemble: 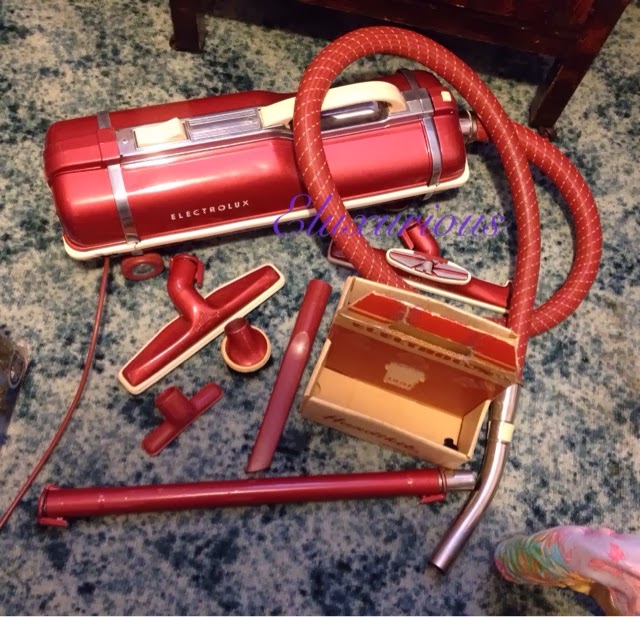 The major difference here is the telescopic wand, vastly more user-friendly than the two-piece set. The floor and rug tools also had a spring clip added, and the handikit became smaller. The motor unit also got a rubber bumper. Everything else was the same.

Note: I do have another 88, made in 1965, and it has the plug in the handle for the power nozzle. It was more or less around this time that the power nozzles, power hose handles, and power wands started to come out. I wouldn't mind having the above to make my 88 collection more complete.

Incidentally, both of these 88s run perfectly. The hose, attachments, and wand are in perfect condition, except for the dusting brush. It would have been amazing enough to have had one or the other of these when they were released, but here I am, 53 and 51 years later, with these beautiful ensembles in my collection, still looking as handsome as ever, and still offering their cleaning services.

Posted by Bob Noseworthy at 5:31 PM

Polishing Off the Style R Collection